Passed back and forth, revision after revision, The Odd Job is a short story by Christopher Hellwig and Michael Lee.

Christopher Hellwig and Michael Lee have labored over The Odd Job—a story about a man in a dream state—teasing out details, changing images, and morphing the nature of the events. Their toggle has generated over 40 versions. This PlayLaborPlay event was an installation of their story and their process—a transmutation into space using light, sound, projection and visual display. Set in an abandoned office suite in Eastworks, the core of this odd story became even more elusive, buried under a patina of found office refuse and re-staged furniture. The installation featured a critical sound piece by essayist Stephen Hess. 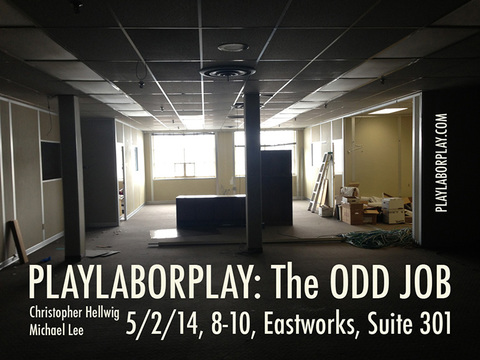 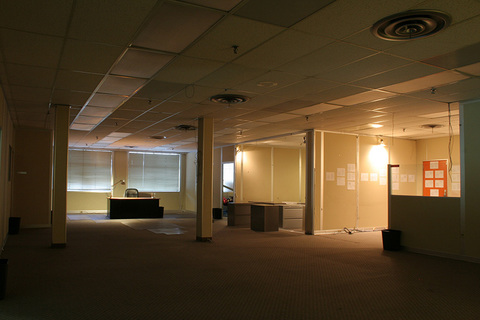 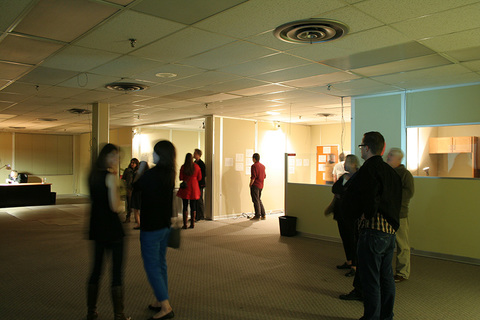 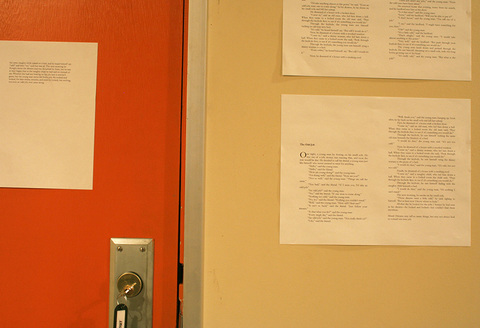 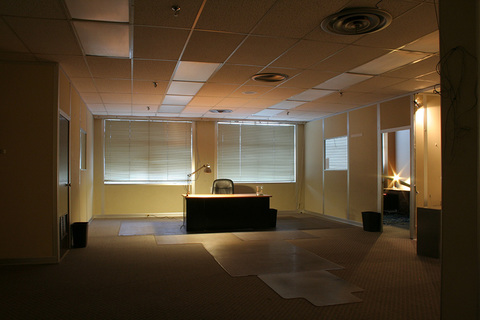 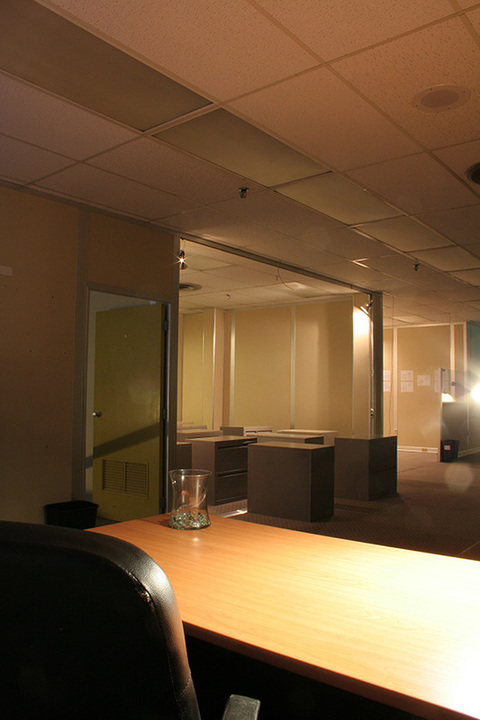 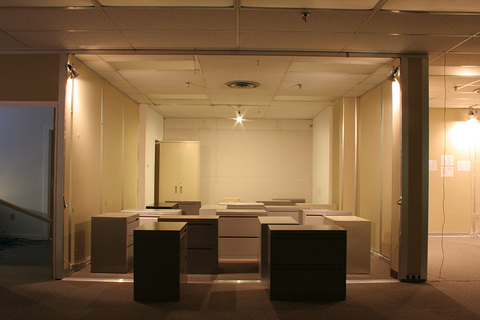 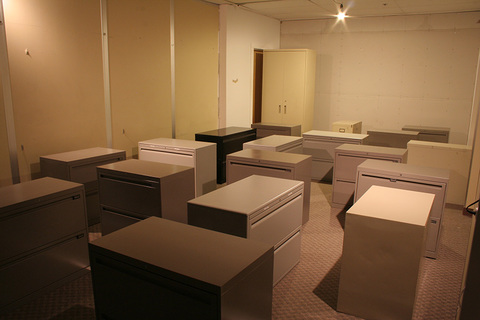 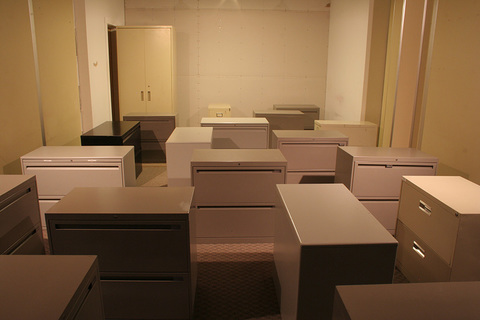 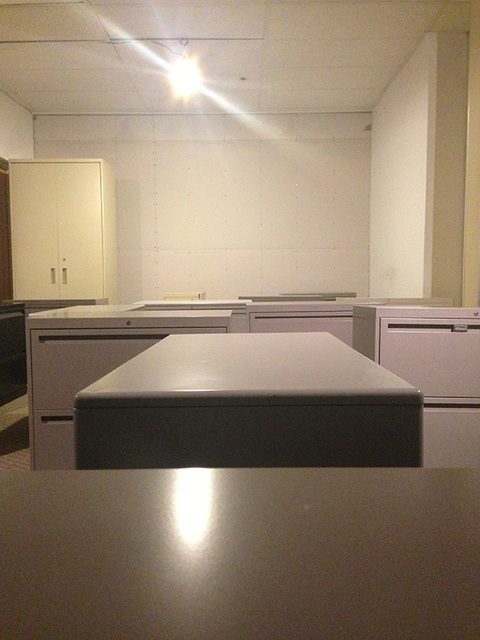 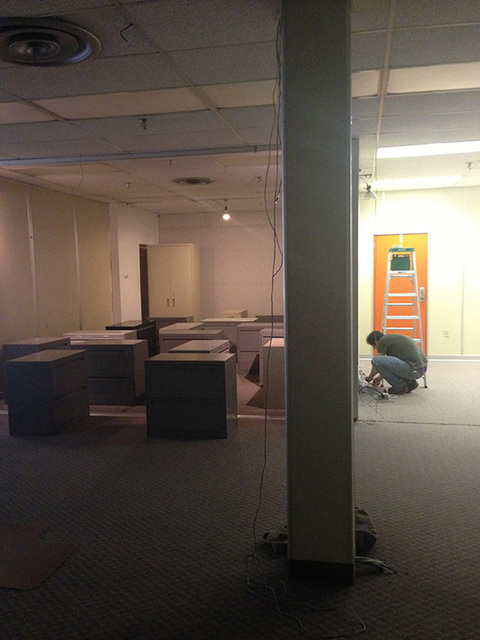 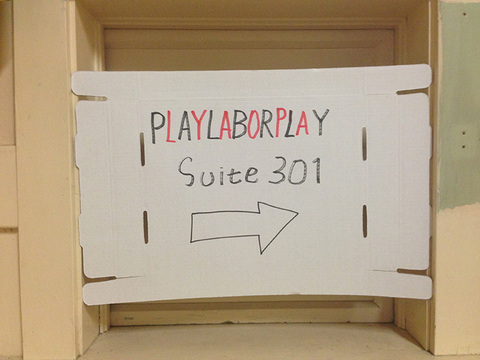 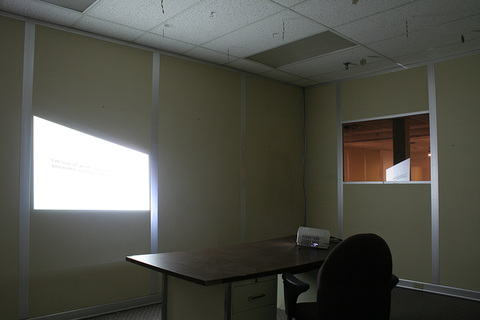 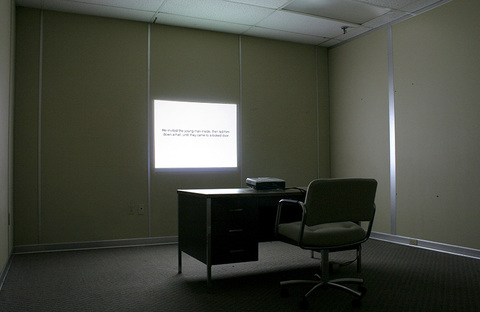 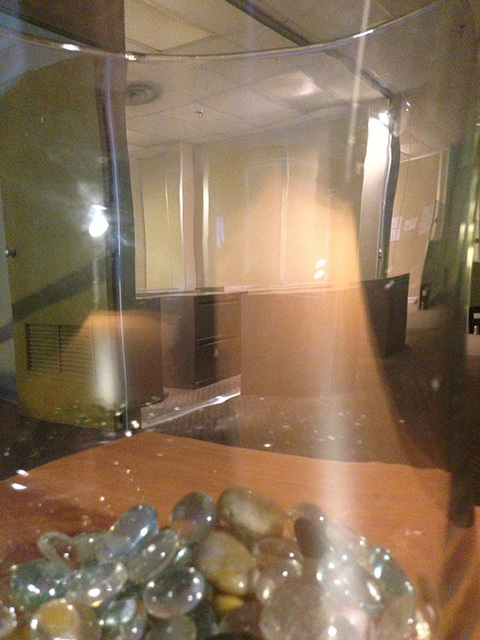 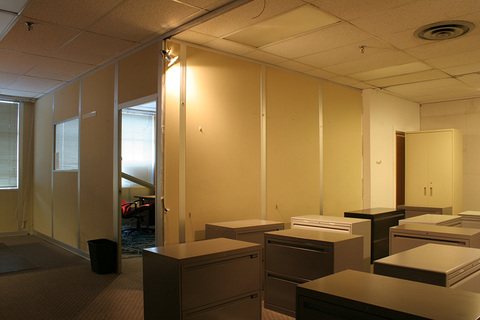 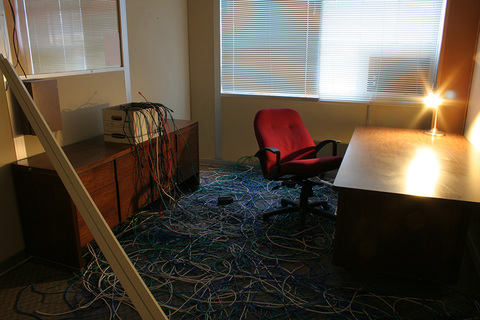 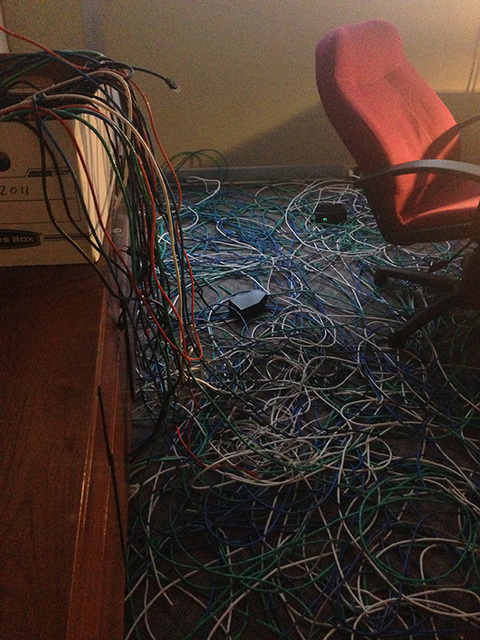 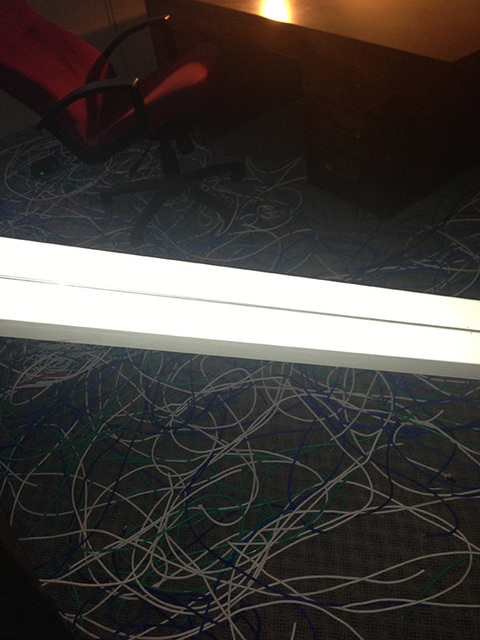 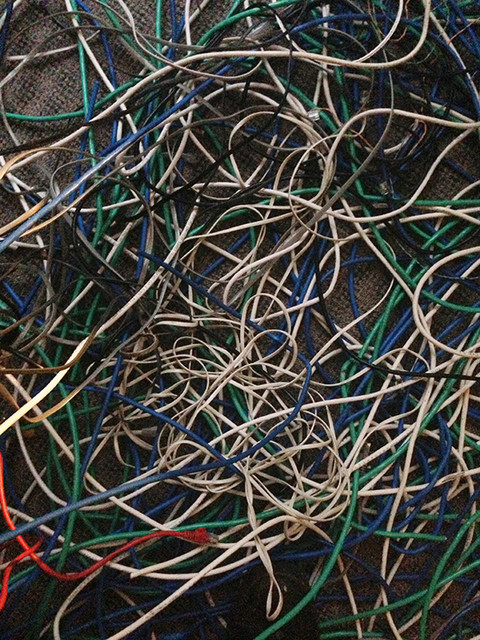 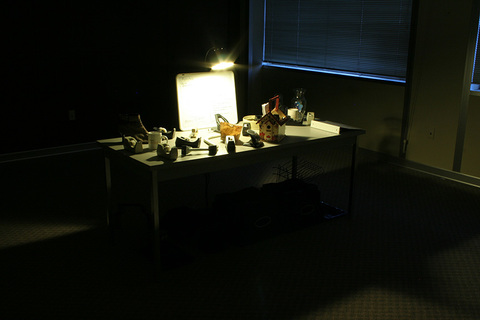 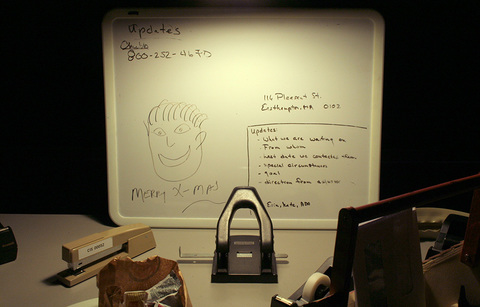 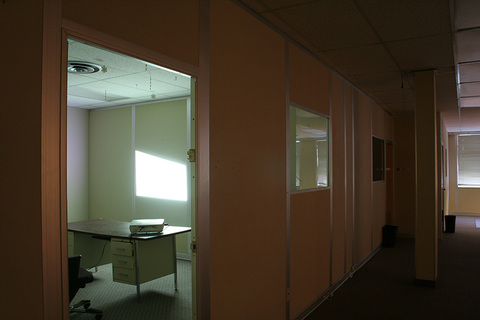 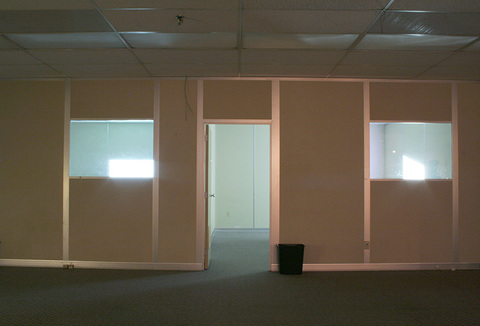 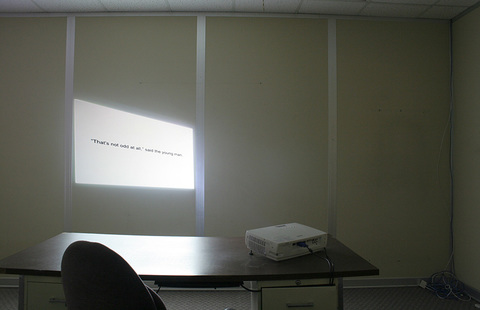 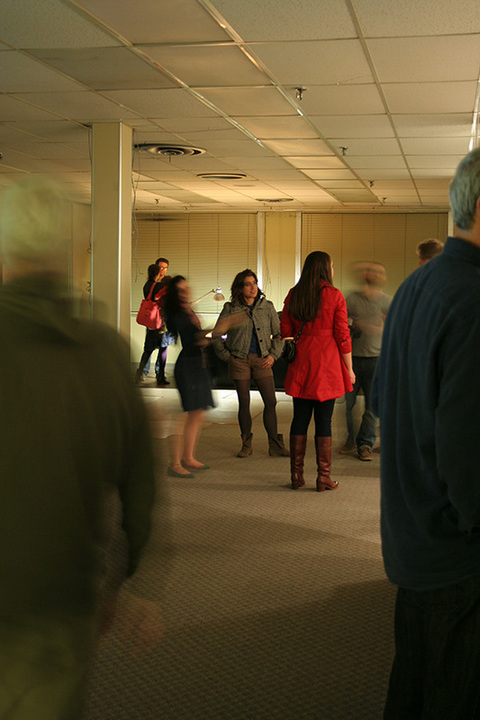 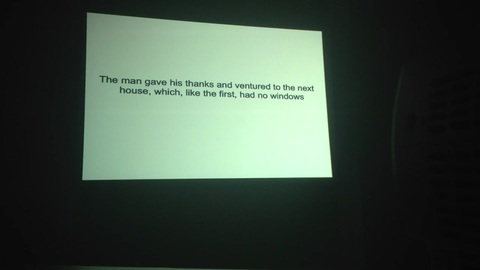